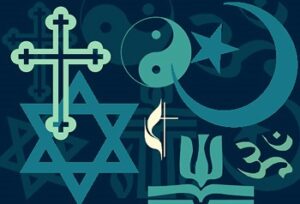 Conversations with our Friends
and Neighbors: An Interfaith Community Event

discussing: “Being Muslim in America.”

On Thursday, November 3, 2016 at 7:30 p.m., the community is invited to St. Gregory’s Episcopal Church of Boca Raton for a conversation with local Muslim-American politician and leader Khurrum Wahid. Mr. Wahid will discuss being Muslim in America. The event will also feature a panel discussion and Q&A with Rabbi David Steinhardt of B’nai Torah Congregation and Rev. Andrew Sherman of St. Gregory’s, who in addition to leading their congregations also serve as the co-founders of the Boca Raton Interfaith Clergy Association.

“In a time of intense divisiveness in our nation, the need for deeper understanding between people of faith is essential, and a path towards healing these divisions,” says Andrew Sherman. “The Boca Raton Interfaith Clergy Association invites the community to a conversation about being a Muslim in America today that will open us to important dialogue on these very issues.” 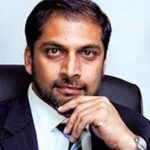 is a highly-respected and nationally-recognized attorney, speaker and devoted advocate for human and civil rights.

Association of Criminal Defense Lawyers. Khurrum also promotes diversity and civic engagement as a board member of the Kozyak Minority Mentoring Foundation; a member of the Jewish Anti-Defamation League Civil Rights Committee for Miami; a founding member and current national Co-Chair of EMERGE USA, a national non-pro t civic engagement organization; and on the board of the Miami Coalition of Christians and Jews (MCCJ).

Khurrum is a sought after speaker. He has appeared as a guest commentator on CNN, MSNBC, Fox News, National Public Radio, and various other television and radio shows across the nation. 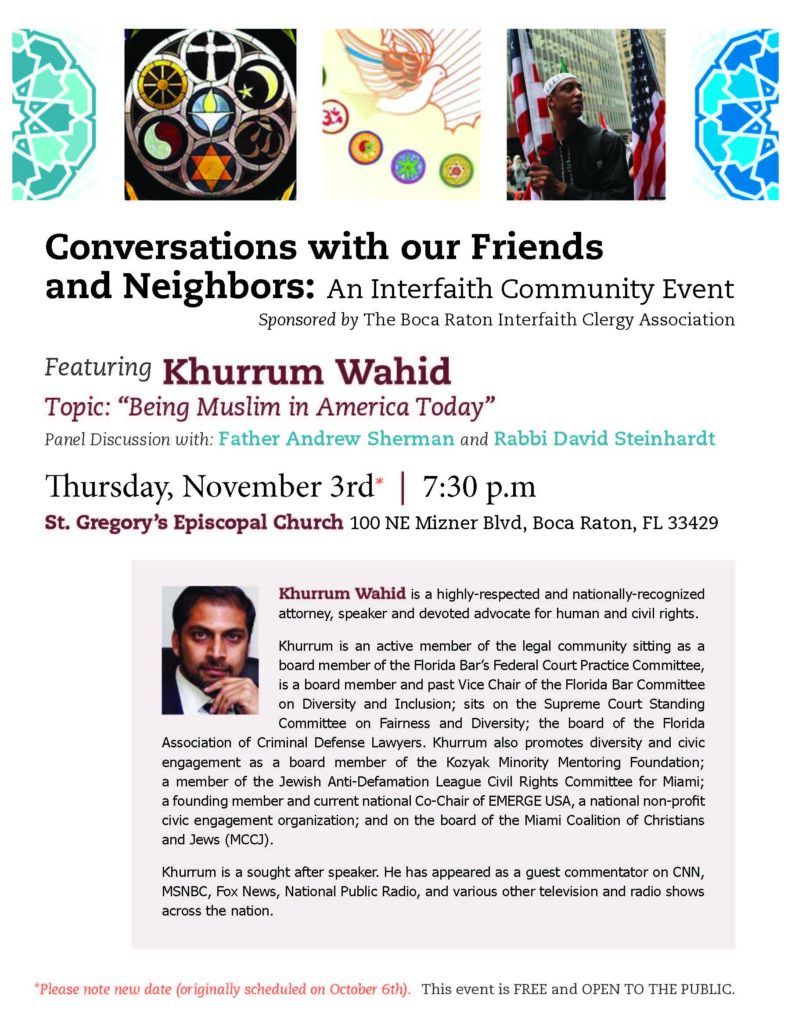