Islamic Center of Boca Raton hosting a Dawa Workshop on Sunday, May 18th, 11am- 2pm (Zuhr).  Br. Thomas Isaac will be  performing the workshop.

Please come with your friends and families to learn first hand how to perform Dawa according to the teachings of our Prophet Muhammad (SAWS).

An important matter for Muslims to realize is that Dawah is an obligation upon them. Allah (SWT) says in the Quran:

Calling people to Allah also means completing our own worship, the reason for which we are created. It is one of the noblest acts that entails a high reward. 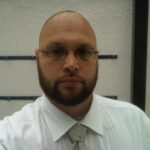 Thomas Isaak was born and raised in Anchorage, Alaska and originally had a Catholic upbringing. In his twenties he moved to Arizona for his education where he embraced Islam 17 years ago on the fifth day of Ramadan in the Islamic Community Center of Tempe. He later became actively involved in the Da’wa committee and participated in hosting tour groups from different universities and religious institutions, helping organize, speak and present at many successful Open House and public outreach events.

He later went on to Jordan to study Arabic Language at Zarqa Private University then joined the Sharia’h Department specializing in the religious sciences. His travels have taken him to Dubai for several years before finally settling down in South Florida.