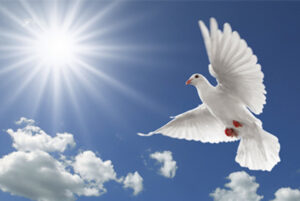 Oasis of Hope leaders meeting with the sisters of ICBR. Nava and Samah. www.oasisofpeace.org
Small group discussion on the conflict between Israel and Palestine.

Samah Salaime was born in the northern town of Tur’an located between Haifa and Tiberius. She grew up there and later attended Hebrew University where she received her Bachelor’s and Master’s Degrees in Social Work. In 2013 – 2014, she was a fellow at the prestigious Mandel School for Educational Leadership. In 2015, Samah became the chairperson of Neve Shalom-Wahat al Salam’s Association of Non-profit Educational Institutions, which oversees the community’s School for Peace, Primary School and Pluralistic Spiritual Community Center.Samah is a social worker, community activist, feminist and the founder of AWC -Arab Women in the Center, an NGO which seeks to promote the status of women in the cities of Ramla, Lod and Jaffa, and to combat gender-based violence against women, particularly in Arab society. She moved to Wahat al Salam-Neve Shalom in 2000. She the mother of three boys. Samah also writes and is widely published in the Hebrew, Arabic and the English press.

Dr Nava Sonnenschein is founder of the School for Peace (SFP) at Wahat al Salam/Neve Shalom, an intentional community jointly established by Jewish and Palestinian Arab citizens of Israel. She is currently the SFP’s director. She has trained hundreds of Palestinian and Jewish facilitators to facilitate groups in conflict in Israel, Palestine and in other areas of conflict in the world. She has taught the subject at the Tel Aviv University in the last 23 years. In the last 8 years she has developed the Change Agents courses for Israeli & Palestinian professionals. She got her MA in Family, Marriage and Child Counseling from San Francisco State University and her PhD from Hebrew University in 2006. The dissertation was published in the book called “Dialogue Challenging Identity: Jews constructing their identity through encounter with Palestinians” ( Pardes Publisher). She received the “Women of Courage certificate” from the Department of State US, for leadership courage and tireless work in advocating for social change and coexistence in 2010, and the Paul Harris Fellow- Rotary International (1984) in appreciation of tangible & significant assistance given for the furtherance of better understanding & friendly relations among peoples of the world.