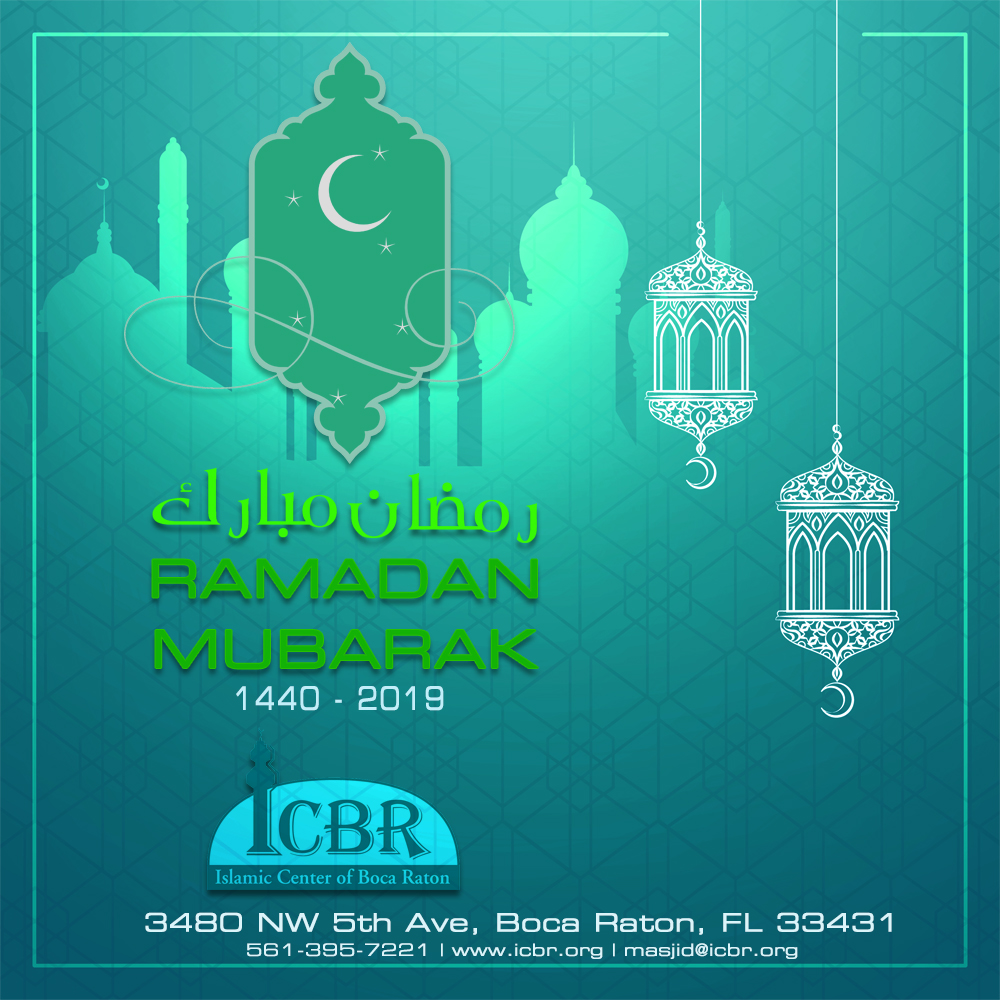 Ramadan is the most important month of the year. It is the month of fasting, prayer, and blessings, during which the doors to gain Allah’s Mercy will be wide open. Muslims around the world await the coming of Ramadan because, as the Prophet has stated,

“When Ramadan begins, the gates of Paradise will be opened, the gates of Hell will be shut closed, and the devils will be chained.” [An-Nasaii].

It is the month in which the Quran was revealed,

[The Month of Ramadan is the one in which the Quran was sent down as a guidance for mankind, and a clear proof of guidance and criterion (of right and wrong).] [2:185].

Also, Laylatul-Qadr (the Night of the Decrees), which is better than a thousand months, falls in Ramadan. Furthermore, it is the month of Jihad, and the first decisive battle in Islam, the Battle of Badr, occurred during Ramadan. Additionally, the Messenger of Allah victoriously entered Makkah during this blessed month. Fasting is ordained by Allah upon the Muslims as a means of increasing At-Taqwa (fear) of Him in their hearts,

Therefore, Allah has ordained fasting so that Muslims can acquire At- Taqwa and act upon it. At-Taqwa protects Muslims from Allah’s punishment by encouraging them to be obedient to Him, and also reminds them to remember Allah so that He is not forgotten. Furthermore, it is an honorable way of thanking Allah for His Bounties. Fasting creates in Muslims the strength to disobey their desires by erecting a barrier between them and shameless speech and sinful acts. The Prophet said, what translated means,

“When it is the day when any of you is fasting, he should avoid shameless speech and neither behave in an obscene manner nor quarrel (with others).

Fasting also helps Muslims to restrain themselves from anger and changes their behavior and attitude to the better. Muslims refrain from eating, drinking and sexual intercourse while fasting, thus demonstrating their effort to please Allah. Also, while fasting, Muslims abandon all sins, big and small, whether committed in public or in private. The Prophet said, what translated means,

“If one does not abandon uttering falsehood and abiding by it, then Allah does not need that (such a person) fasts from (consuming) food and drinks.” [Al-Bukhari].

This does not mean that those who sin while fasting do not have to fast at all. Rather, it means that one cannot perfect his fast unless he realizes in his behavior the goals behind Allah ordaining the fast, that is achieving Taqwa and refraining from all types of evil. The Prophet said, what translated means,

“There are those who fast but gain nothing from their fast except hunger and thirst.” [At- Tabari].

Some of the Salaf have used to say: “Indeed Allah, the Most High, has made the month of Ramadan as a competition for His creatures, in which they may race with one another to His pleasure, by obeying Him. Thus, one group comes first and so they prosper and another group comes last and so they fail.” Lataa’if-ul-Ma’aarif of Ibn Rajab
Dear brothers and sisters: Protect and preserve your fast from the evil deeds that may adversely affect it. Ask Allah for forgiveness at all times, but especially while fasting. Teach yourselves the habit of reading the Quran, especially during Ramadan. Try to achieve Taqwa and then preserve it by performing righteous, good deeds. Fear Allah and preserve His Law. And be certain that Allah’s Reward is not far from those who truly worship Him, and that His Punishment is not far from those who disobey Him. We ask Allah that He helps us to always stand firm on His Path and to continue performing righteous, good deeds throughout our lives. He is the One Who hears the supplication and the only Who can answer it.

The Rules of Fasting

The Essential Elements of Fasting

“Actions are judged according to the intention behind them, and every person shall earn that which he intended.” [Al- Bukhari & Muslim].

The intention to fast must be made before Fajr and during every night in Ramadhan, during any part of the night. The intention must not be announced or uttered aloud, as it is an act of the heart and does not involve the tongue.
2. Abstaining from the acts that break the fast, from dawn until sunset: Allah said, what translated means,

[Eat and drink until the white thread becomes distinct to you from the black thread of the dawn. Then strictly observe the fast until nightfall.] [2:187].

The Barakah in the Su’hur originates from it enabling the person to gain strength and in lessening the effects of fasting. The Sunnah is to delay eating the Su’hur as much as possible.
2. Breaking the fast as early as possible, for the Prophet said,

“People will still have some goodness as long as they rush to break the fast.” [Al-Bukhari & Muslim].

It is better to break the fast on some dates. The Messenger of Allah used to break his fast on some Rutab (fresh dates) before he prays. If Rutab were not available, then some dried dates before he prays. If there were no dates, then some sips of water. [Ahmad & Abu Dawood]
3. Using Siwak (middle eastern tree branch used to clean the teeth), which is encouraged for those who fast, whether during the day or the night. The Prophet said,

“If it was not for fear that I make it hard for my Ummah, I would order them to use Siwak before every prayer.” [Al- Bukhari & Muslim].

‘Perform it perfectly, clean between the fingers, and exaggerate in Istinshaq, except when you are fasting.’” [Ahmad and As-Sunan]

“There is no harm if, while gargling or rinsing the nose for the sake of purifying one’s self, water reaches the throat unintentionally and without exaggeration.”

“Bilal makes the (first) call to prayer while it is still dark. Therefore, eat and drink until he makes the (second) call to the prayer.” [Al-Bukhari & Muslim].

“Whoever eats and drinks, forgetting that he is fasting, then he has to complete his fast (it is not broken), for it was Allah who fed him and gave him something to drink.” [At- Tirmithi].

Actions that Void the Fast

Actions that void the fast can be divided into two types:
1. Those which void the fast and require that the day be made up for later:

“Whoever is overcome and vomits, does not make up the day. Whoever vomits intentionally, must make up that day.” [Abu Dawood, At-Tirmithi & An-Nasaii].

May Allah give us the strength to fast Ramadan days and pray its nights and to worship Him as He pleases.