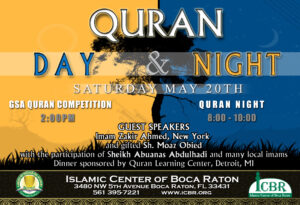 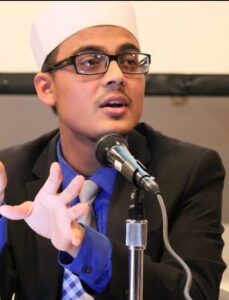 Imam Zakir Ahmed was born in Bangladesh and moved to the U.S. at the age of three where he was raised and educated.
He completed the memorization of the Holy Quran under the tutelage of the renowned Qari, Shaykh Hassan Saleh, at the Muslim American Society’s Quran Institute in New York. He graduated with a B.A. in History and Education from Queens College where he also served as the president of the Muslim Students Association.
In 2013, he obtained a certificate in Arabic language and Qur’anic recitation from the Iqra Institute in Cairo, Egypt.

Zakir has served a number of organizations and institutions in various capacities.
In 2014, he completed an intensive course on classical Islamic texts under the instruction of Shaykh Dr. Akram Nadwi and was awarded a diploma from Cambridge Islamic College, UK.
Zakir continues to serve his community through teaching, activism, and youth empowerment. He delivers Friday Sermons and lectures every week in his community and across various other communities in NY.  He is currently pursuing his M.A. in Islamic Studies and Christian-Muslim Relations at Hartford Seminary Connecticut and is employed with the New York City Department of Education as a Social Studies middle school teacher where he and his wife both work as educators.
He served as a religious life fellow at Columbia University and is now a special adviser to the University Chaplain. He currently serves as a lecturer at Fordham University.

Zakir is also a writer for aboutislam.net – Shariah Department. He and his wife live in the Bronx with their baby daughter Maryam.