Virtue of the month of Sha’baan

Sha’baan is the name of the (eight) month of the Islamic lunar calendar, and it is so called because in this month the Arabs used to disperse (tasha’aba) in search of water, or it was said that it is so called because it sha’aba (branches out or emerges) i.e., it appears between the months of Rajab and Ramadan.
Usamah ibn Zayd (may Allah be pleased with them both) said:

“I said, ‘O Messenger of Allah, I do not see you fasting in any other month like you fast in Sha’ban.’ He said, ‘That is a month to which people do not pay attention, between Rajab and Ramadan, and it is a month in which deeds are lifted up to the Lord of the Worlds. I like for my deeds to be lifted up when I am fasting.'” (Narrated by al-Nasa’i).

According to a report narrated by Abu Dawood, he said:

“The most beloved of months for the Messenger of Allah (PBUH) to fast in was Sha’ban, and his fasting in Sha’ban was continuous with his fasting in Ramadan.” (Classed as saheeh by al-Albani) 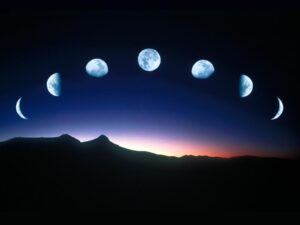 When Sha’baan began, if the Prophet (peace and blessings of Allaah be upon him) still had some voluntary fasts outstanding that he had not fasted, he would make them up during Sha’baan so that his naafil fasts would be complete before Ramadaan came. Similarly, if he had missed some Sunnah prayers or he had missed Qiyaam al-Layl, he would make it up. ‘Aa’ishah used to make the most of this opportunity to make up any obligatory Ramadaan fasts that she had missed because of menstruation; during other months she was too busy with the Prophet (peace and blessings of Allaah be upon him) to fast. We should also note here that anyone who has any missed fasts to make up has to make them up before the next Ramadaan comes. It is not permissible to delay it until after the following Ramadaan except in cases of necessity (such as a valid excuse that continues between the two Ramadaans). Whoever is able to make them up before the (second) Ramadaan and does not do so, has to make them up after the (second) Ramadaan and in addition to that, he has to repent and to feed one poor person for each day that he missed. This is the view of Maalik, al-Shaafa’i and Ahmad.

Another benefit of fasting in Sha’baan is that it is a kind of training for the Ramadaan fast, in case a person finds it difficult to fast when Ramadaan starts; if he fasts in Sha’baan he will have gotten used to fasting and he will feel strong and energetic when Ramadaan comes. Sha’baan is like an introduction to Ramadaan and it has some things in common with Ramadaan, such as fasting, reciting Qur’aan and giving in charity. Salamah ibn Suhayl used to say: “The month of Sha’baan is the month of reciters (of the Qur’aan).” Habeeb ibn Abi Thaabit used to say, when Sha’baan came, “This is the month of reciters (of the Qur’aan).” When Sha’baan came, ‘Amr ibn Qays al-Malaa’i used to close his store and devote his time to reading the Qur’aan.

It is makrooh to observe a voluntary fast one or two days before Ramadaan for those who do not habitually fast on those days and who have not previously fasted until the end of Sha’baan.
It is also forbidden to fast on the “day of doubt”. ‘Ammaar said: whoever fasts on this day has disobeyed Abu’l-Qaasim (peace and blessings of Allaah be upon him).
The “day of doubt” is a day when people are not sure whether it is Ramadaan or not, when news of the sighting of the crescent moon comes from one whose word cannot be accepted. As for a cloudy day, some of the ‘ulamaa’ said that this was also a ‘day of doubt’ and said that fasting was not allowed on this day. This is the view of the majority.

8 Simple Steps to Help You Prepare for Ramadan

Step 1 – Create a Ramadan Count Down

Counting down for Ramadan (whether it is done mentally or by keeping physical signs around the home or office) will help create hype and buzz in your mind and amongst the people around you. When you and others are counting down to the same event, it becomes part of regular conversation and excitement spreads.

This will help you ensure you will do things correctly and perfectly for Ramadan, it will create a hype as there are many motivational aspects and events in the month to look forward to and finally it is a reward reaper.  The more you know about Ramadan the more you can apply, hence multiplying your rewards.

Be it reading the entire Quran, ensuring you pray taraweeh every night or inviting families over for iftaar; make a list of things you would like to achieve in the month and then how you plan on achieving these goals. It is important that goals are realistic and it is better that your life doesn’t need to entirely take a different road in this month (i.e. take the month off work or change work hours etc.) so that you may continue to do these deeds after Ramadan. Knowing what you want to achieve in the month will help you stay focused. Ensure you plan your day every night before you sleep when Ramadan starts (try to continue this even after Ramadan).

Be aware if Ramadan affects anything that is happening in the month or shortly after. Do you have exams during Ramadan? Or is there a major family wedding after Ramadan by a short time? Moving house? If so, plan for these events from now. Study now so that you are prepared for the exams before the month starts. Be packed and ready to go before Ramadan or plan that you do it after so that it doesn’t take time away from your worship. The last thing you want to do is spend Ramadan at the shopping centers. Buy any Eid presents and prepare for any wedding before the month starts.

We all know that Ramadan is about Fasting, Praying, Reading Quran and giving in charity. Start these worships early; don’t expect to just click into it as soon as the first day of Ramadan starts. Start doing extra prayers from now, start revising and regularly reading Quran now, get used to being generous and follow the Sunnah of the Prophet Muhammad

Fasting is to refrain from more than just what we consume in our mouth. Start working on your patience; be extra vigilant with your conversations: ensure you are not backbiting, slandering or talking about useless things.

Know what bad habits you have and stop them from now, don’t wait until Ramadan begins. If you sleep late, start sleeping early, if you are a Facebook junky start cutting down, have a coffee craze, slow it down etc. It might sound much easier said then done, but once you’ve committed yourself, purified your intentions – make sincere dua for guidance.  Insh’Allah, these bad habits will be easier done with than you ever expected.

Step 8 – Plan your life around your worship

For instance; instead of working through your prayer or setting up meeting etc., at prayer times, plan that you have a break at prayer time. Don’t take your phone with you to the place you pray and forget the world as you stand between the hands of the almighty Allah